Liz graduated from Trinity Laban College of Music and Dance in 2019 and studied with Anna Pope, Paul Edmund Davies and Robert Winn. She played in her first professional orchestral concert at the age of 20 and has played with the London Philharmonic Orchestra in their Open Sound Project and done orchestral schemes with both Welsh National Opera and London Philharmonia. Liz has also played with Robin Ireland and Cathy White in the Chamber Music Festival and also gives chamber music performances for Music in Hospitals. She has performed as a soloist at the Trinity Honorary Awards and a performance at Royal Festival Hall and has given recitals with pianists Richard Peirson and Richard Shaw. Liz is also a current flute teacher at the University of Chichester. It has been Liz' dream for a long time to create her own events group that can give something special and unique for any performance. Whatever the musical surrounding she has been in, she has always really enjoyed creating music for guests and clients and also creating memories. She has been involved in classical music and dance music separately and wanted to create a group that could combine the two together to creating something truly memorable. 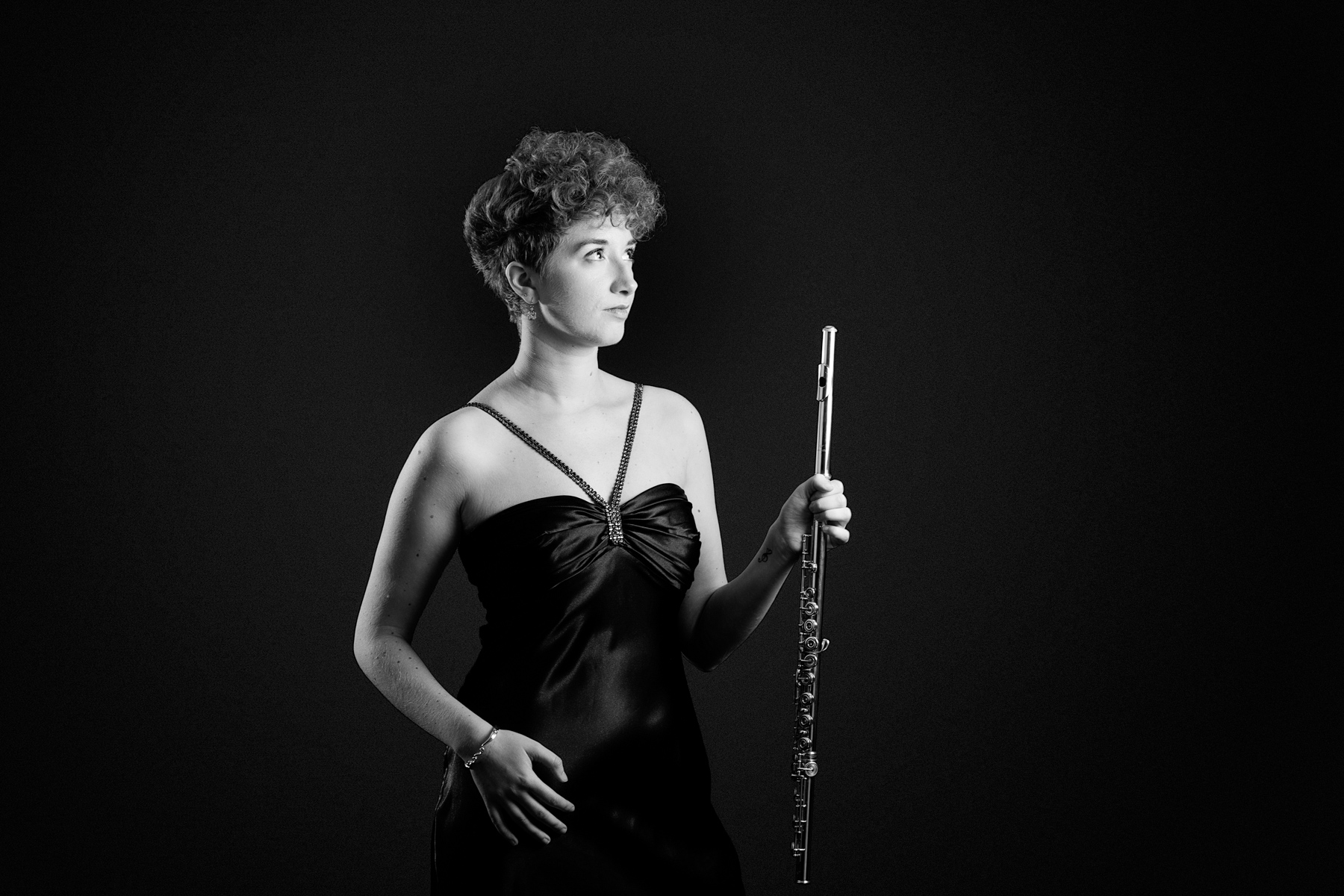 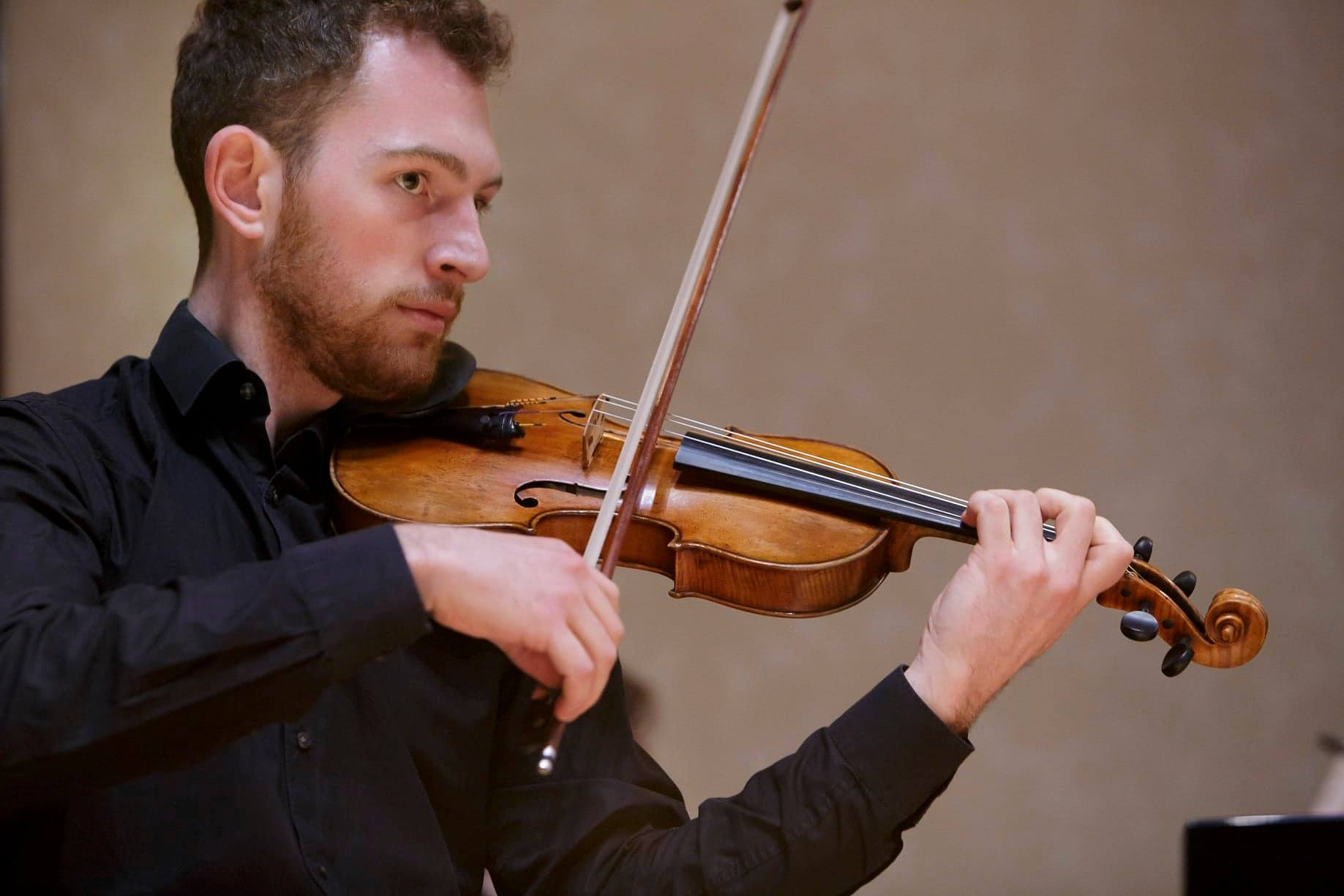 Ben Richardson is London based Violinist. He recently graduated from Trinity Laban Conservatoire of Music and Dance under Mayumi Fujikawa, Lana Trotovsek and John Crawford. He completed his Undergraduate degree and Post-graduate Diploma kindly sponsored by the Peter Harris Trust, Trinity College London, the Henry Wood Accommodation Trust and the Blue Coat Foundation. He is established in solo and chamber work, receiving many awards including the John Thompson String Ensemble Prize, Byram Jeejeebhoy Prize for Violin, Ben Barnard Music competition award and is in recipient of the Philip Carne Mentorship Scheme for chamber music. Ben is also established as an orchestral musician who has worked alongside musicians from the London Philharmonic Orchestra, London Symphony Orchestra and with the BBC Concert orchestra. 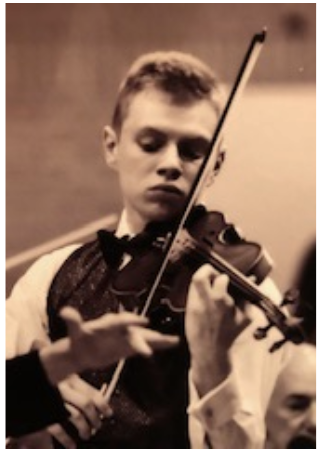 Andrew Liddell was born in Essex in 1999. As a junior
violinist he was leader of the National School’s Symphony
Orchestra and Leader of the Second Violins in the National
Youth Chamber Orchestra. He is currently studying for his
Bachelor of Music Degree at the Trinity LabanConservatoire
of Music and Dance in London, majoring in violin with
Andrew Sherwood. In August 2018, he performed in the
Edinburgh Fringe Festival in a modern reworking of
Sweeny Todd ‘The Demon Barber of Fleet Street’.
Andrew has performed concerts in various venues
such as Central Hall, Westminster, Cadogan Hall
and Wigmore Hall. Andrew has participated in
masterclasses with Sally Pendlebury and has studied
chamber music withthe Linos Trio, David Bahanovich,
Helen York, Naomi Butterworth and Ofer
Falk.
‍ 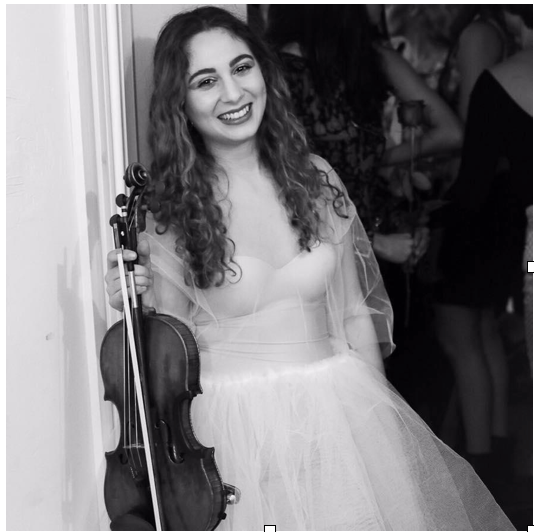 Leora Cohen is a postgraduate student and holds the Robert McFadzean Whyte Award at the Royal College of Music in London, studying violin with Ani Schnarch. She is also supported by Help Musicians UK and the Stephen Bell Trust. In 2020 Leora graduated from Newnham College, Cambridge University with a double first-class degree in music, holding the Anne Jemima Clough Prize for two consecutive years.

As a soloist, Leora has appeared with the Barnet Symphony Orchestra, the I Maestri Orchestra and numerous student orchestras and ensembles in London and Cambridge. Particular highlights include Beethoven’s Violin Concerto at West Road Concert Hall, 2020, and Lalo’s Symphonie Espagnole at St John’s Smith Square, 2016. She has also performed solo on Cam105, BBC Radio Cambridgeshire, at the Bowdoin International Music Festival, USA, in Duino, Italy and in Sinaia, Romania. Leora has played chamber music on BBC Radio 3, at Kings Place and at the Wigmore Hall and held an Instrumental Award for chamber music during her time at Cambridge.

Since joining the RCM in September, Leora has been made a leader of the Symphony Orchestra and was nominated by the RCM for the BBCSO professional mentoring scheme. She also performed as a finalist in the Sir Karl Jenkins Music Award competition. 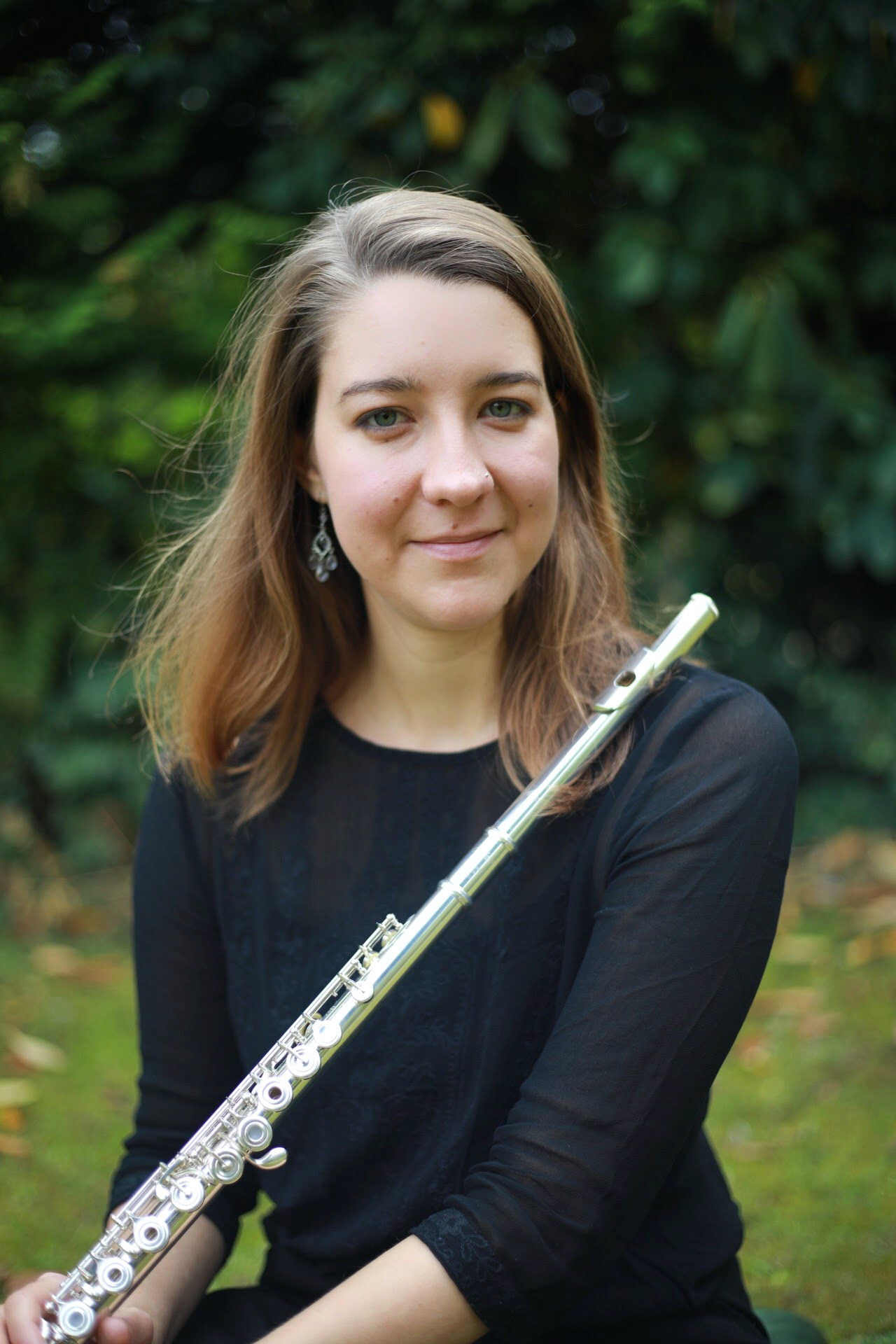 Rebecca is a NEXT artist 2019-21 associated with Birmingham Contemporary Music Group and Royal Birmingham Conservatoire. She recently graduated from Trinity Laban Conservatoire achieving an MA with Distinction in flute performance and she gained her BMus degree at Newcastle University including a year spent at Humboldt Universität zu Berlin. Rebecca has appeared all over the UK in prestigious venues as a soloist, orchestral musician and chamber musician. Highlights include performing with Bournemouth Symphony Orchestra, Birmingham Contemporary Music Group, and at Grange Festival and Huddersfield Contemporary Music Festival. In her spare time she enjoys composing and has had works premièred by Royal Northern Sinfonia, Ives Ensemble and was commissioned to compose and perform the music for theatre with Ink festival. 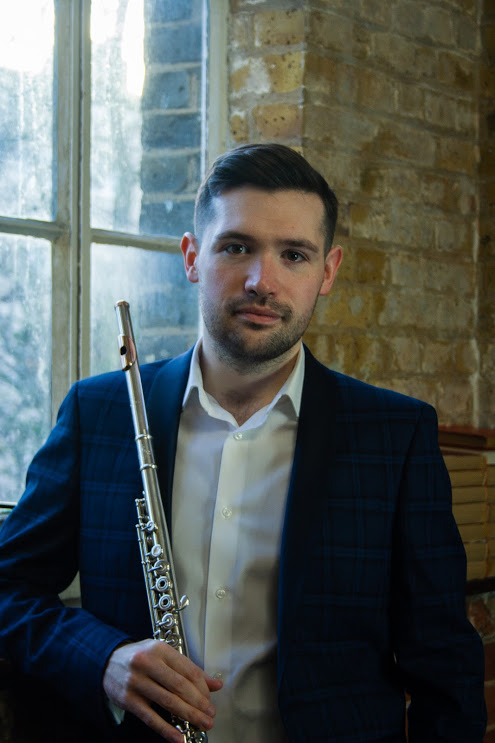 Scottish flautist Mark Taylor is a recent graduate of the Hochshule für Musik und Tanz, Köln where he studied with Professor Robert Winn. Prior to this, Mark was a student at the Guildhall School of Music and Drama where he graduated with First Class Honours and one of the prestigious Concert Recital Diplomas. Whilst at Guildhall Mark studied with Philippa
Davies, Ian Clarke and Sarah Newbold. He received his early musical training at the Royal Conservatoire of Scotland’s Junior Academy of Music and the Music School of Douglas Academy.

Holding Out For A Hero

We can supply our own portable microphones and PA equipment for any event. This includes a Fender Passport Conference 2 175W PA system, a 4099g DPA microphone and a 4099U DPA microphone. 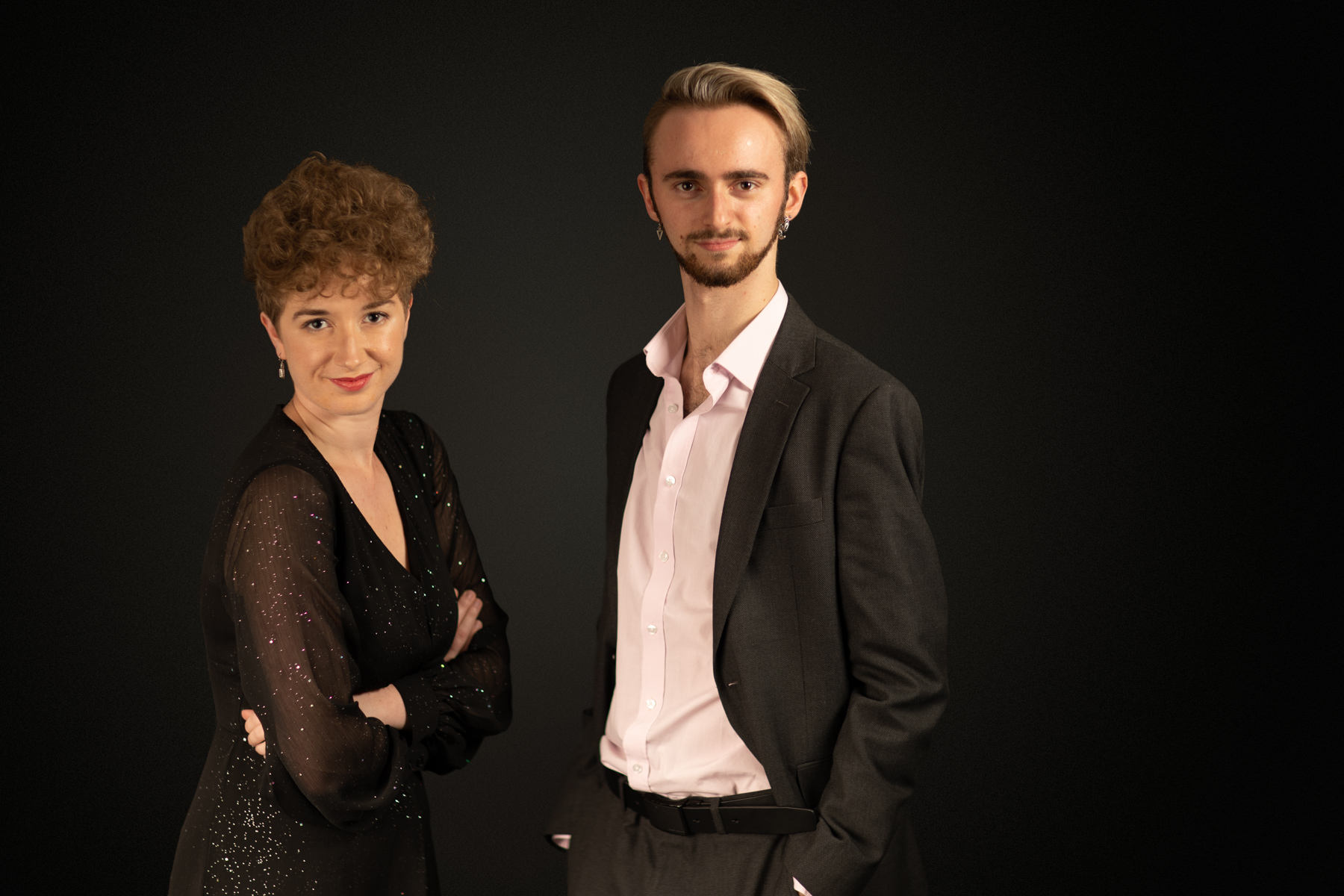 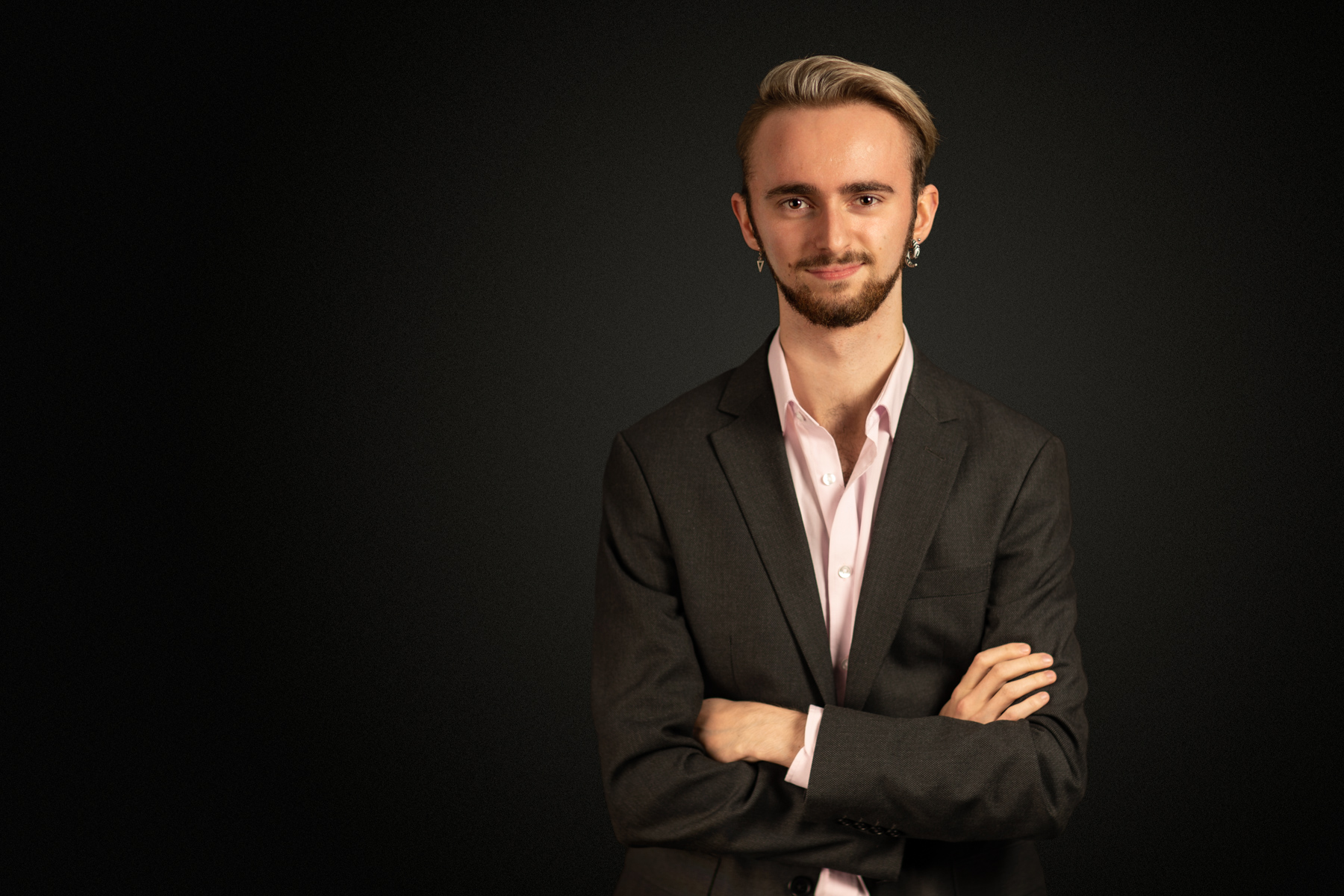 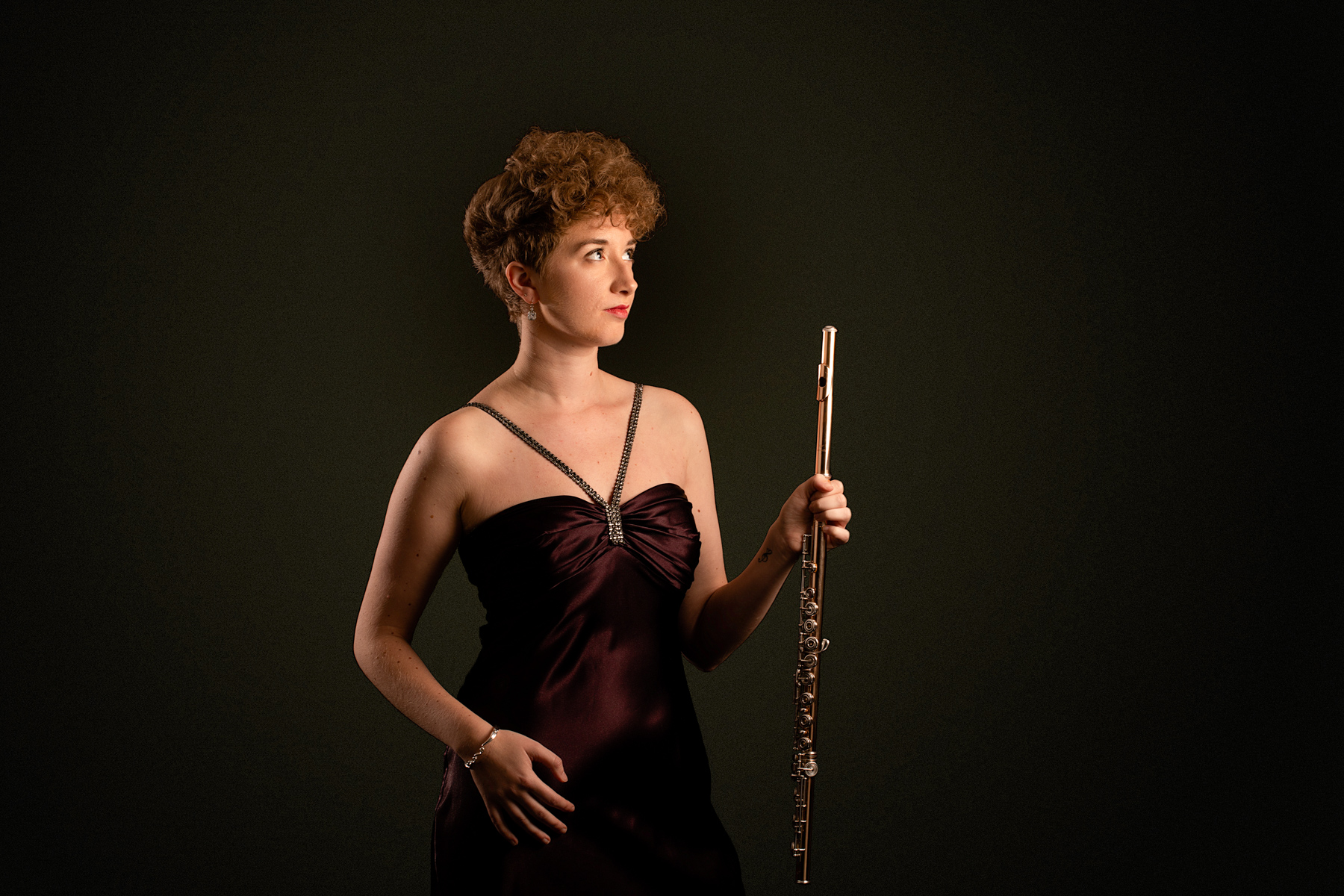 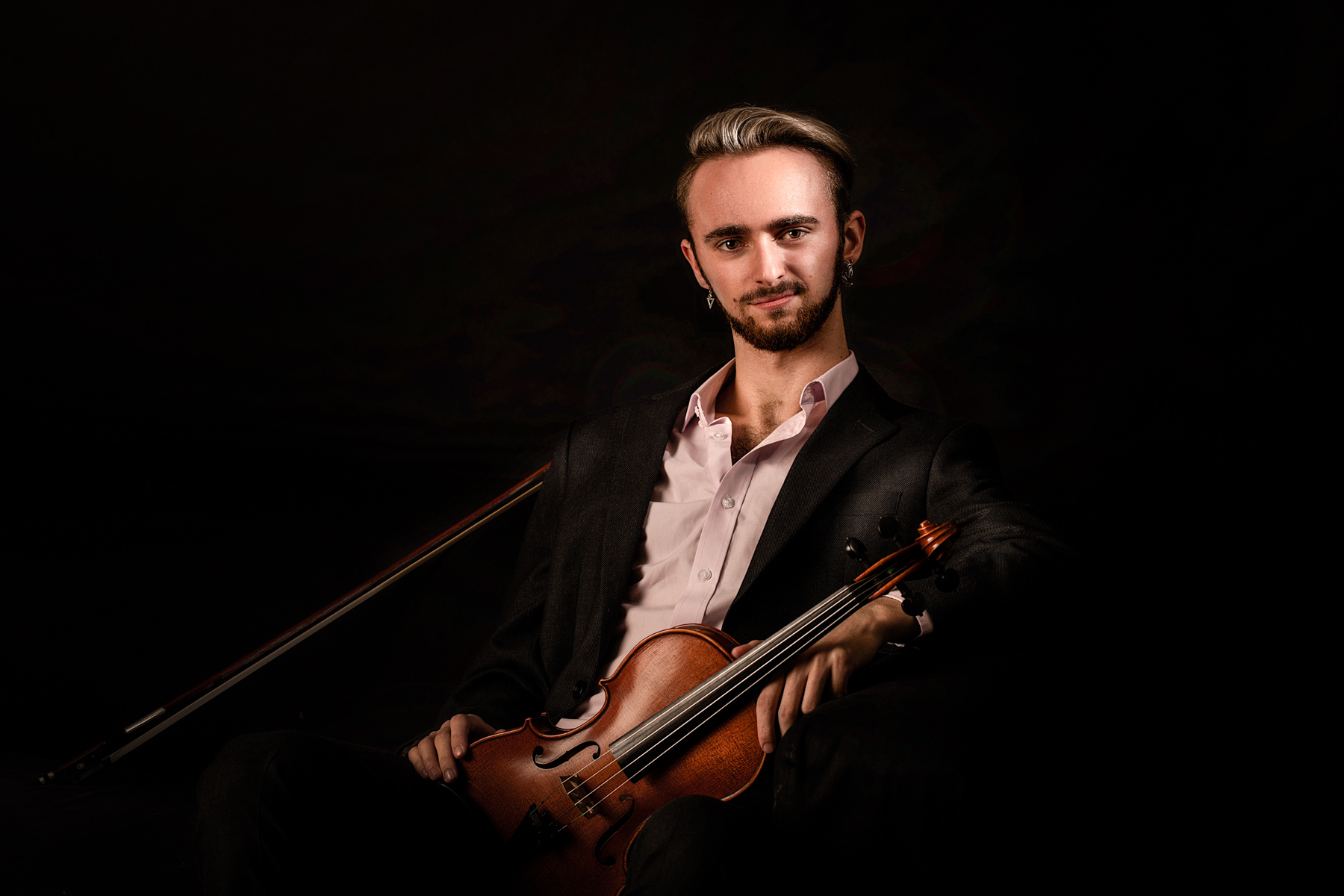 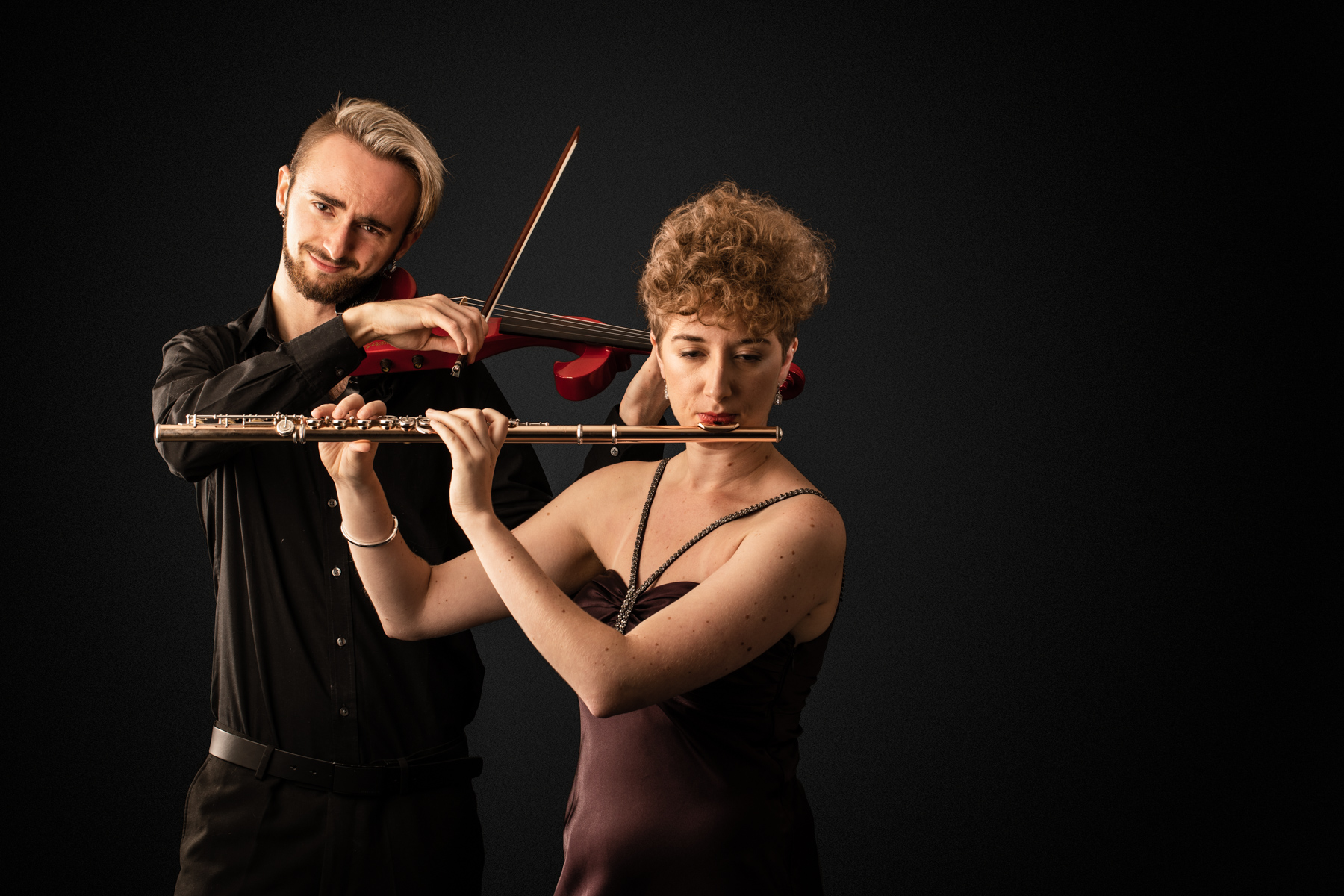 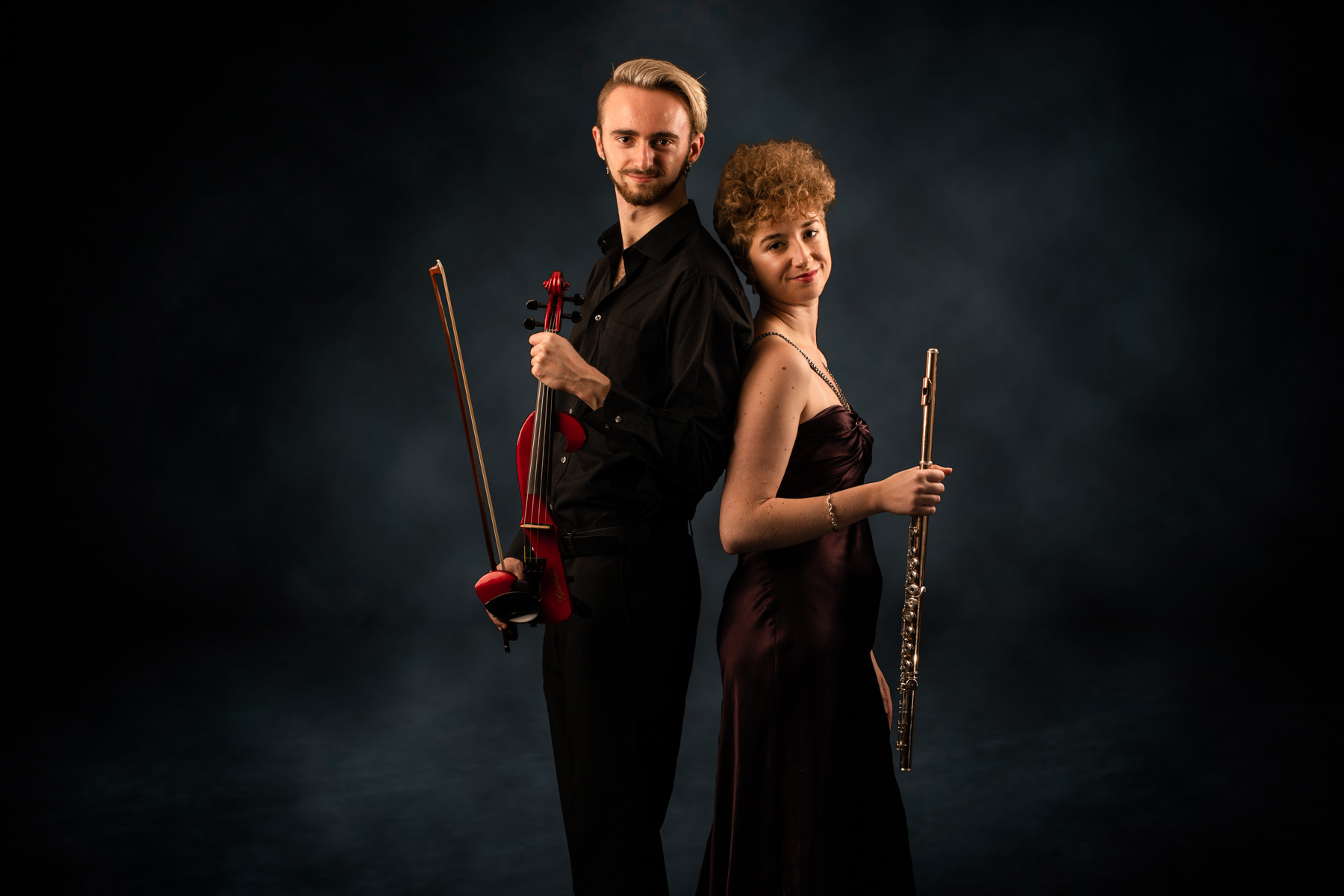 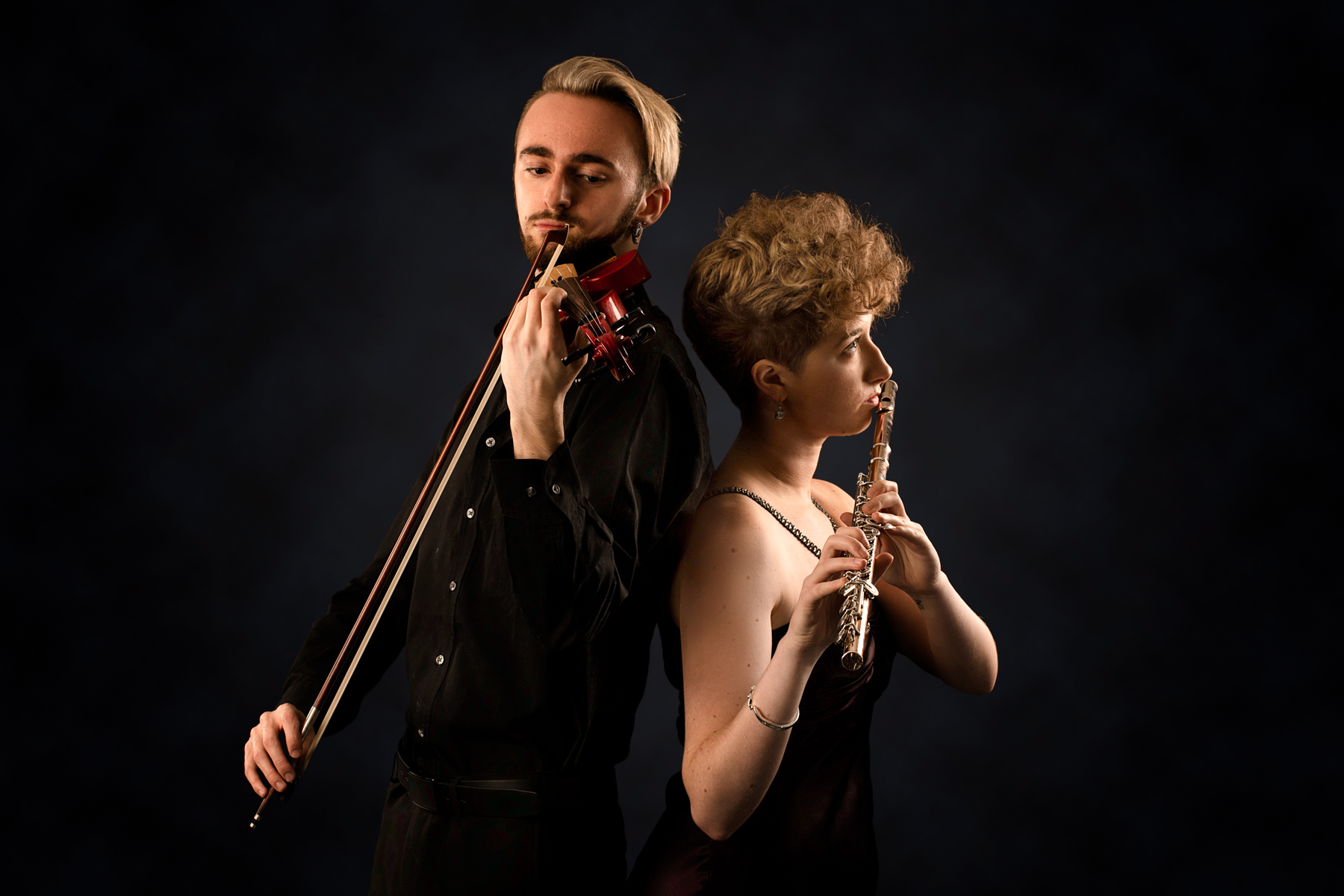 Thanks! We'll be in touch soon.
Oops! Something went wrong while submitting the form.